nite jewel - want you back

IK VS DK gets ready for the next decade in style with a wicked downtempo track that gets lost in the eighties by Nite Jewel. Nice!!!

Posted by Djanger at 7:20 PM No comments:

Rage Against The Machine - Killing in the Name

The 1992 single from Rage Against The Machine's eponymous debut album looks set to be this year's Christmas Number One in the U.K. after a campaign to prevent the recent X Factor winner from reaching the coveted Christmas top spot.

Posted by Dunstan at 1:26 PM No comments:

Fantastic downtempo track from this Canadian outfit. I hear everything from Art of Noise Moments of Love to Running Up That Hill By Kate Bush borrowed for this chill out track. CFCF went onto release the brilliant full length Continent on Paper Bag Records in November

Grinding sonic noise on 4AD. Went on to follow up the track with further singles Stop The World and Dominoes to support the release of the full length album A Brief History Of Love

Excellent first single from Jack Penate from the album Everything is new. Jack is definately channeling some Vampire Weekend with a very worldly sound going on in this song. Nice indierock off the XL Recordings Label

May
Dub Pistols – Back To Daylight
http://www.youtube.com/watch?v=EwitrOosutQ

Funky head nodder track from the Dub Pistols. Taken from the summer anthem and my favourite album of 2009 Rum and Coke. An Album full of funked up, skaful, reggae tinged grooves. Full of all sorts of guest vocalists. Lindy Layton (of Beats International fame) lights up the second single I’m In Love.

June
The Pains of Being Pure at Heart – Young Adult Friction
http://www.youtube.com/watch?v=B4itzHRpltQ

Great twee buzz indiepop track from this great band called The Pains Of Being Pure At Heart. Its taken from their full-length self-titled first album off Slumberland Records, The album is full of 80s reminiscent dreamy low-fi buzzpop singles. Nice

July
Reverend and The Makers – Silence is Talking
http://www.youtube.com/watch?v=RDRS3uNN_Zg

A little bit of tequila from Reverend and The Makers off the Wall of Sound label. Funky electro Britpop.

August
Pitbull – I Know You Want Me (Calle Ocho)
http://www.youtube.com/watch?v=E2tMV96xULk

Massive beats and catchy lyrics made this the club track of the summer. All I have to say is one word. Rumba!

Cut and paste pop ala avalanches almost. Also, quite the weirdest video. There was to be a full length coming out soon in October called Carpet Madness. They hail from London or France or both.

Using the PBJ whistle strategy the band kicks out this indipop anthem.

Although the list so far would speak differently, I’m definitely a sucker for the nice pop hook sugar coated single with female vocals. Clever Infectious pop music once again from this Danish outfit. Taken from their second album The Spell.

Nice eerie duet from the XX out of the UK. Simple but explosive; the formula for the whole self-titled album.
Posted by Djanger at 4:35 PM 1 comment: 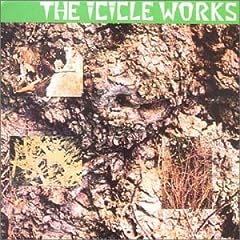 As we enter in the winter period and single releases slow down I thought I'd start up a new feature called Rewind where Indie Kid Vs Dance Kid will revisit classic albums from way back when. First up Self-Titled First Album by the Icicle Works from 1984. Featured the singles Birds Fly (Whisper to a Scream), Love Is A Wonderful Colour, In The Cauldron Of Love, and Nirvana. Love is a Wonderful Colour hit number 15 in the UK but the better single was Birds Fly. Classic eighties alternative new wave album. The band went on to release five albums but this is the one they are really known for.

Check out another review on the CD
Posted by Djanger at 11:34 PM 1 comment:

La Roux recycles an early single called Quicksand for a re-release to keep the hype going for the first album. Hard to believe you can get the full length album shipped to you in the UK for free and only pay 4 pounds for the CD. The music industry is definately changing

As per most La Roux video's you will need to click on the youtube link to get it as the record company won't let me embed
Posted by Djanger at 6:10 PM No comments:

Vampire Weekend are back with a new album, "Contra", which will be released in January. Here's the first single, complete with frenetic music video.