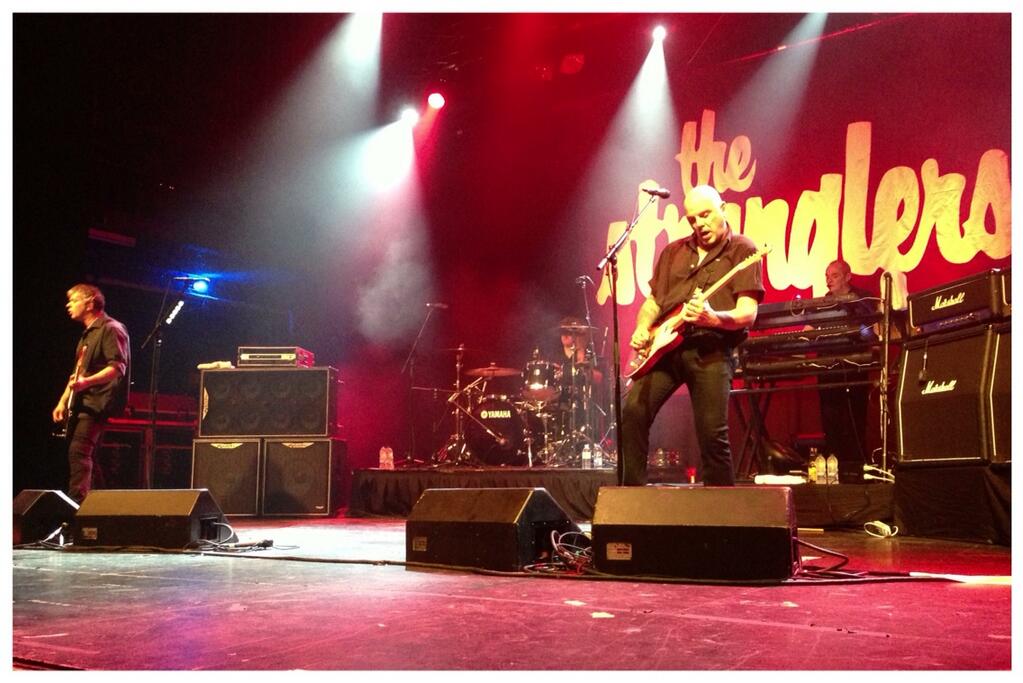 First time at the Danforth Music Hall in about 20 years to see the Stranglers for the first time. Supposedly the Stranglers don't tour much and this was their first time over to North America in a long time. Visa problems led to them having to cancel their first show on the tour in Detroit. Toronto ended up being the first show. They are touring to promote their new album Giants.

Danforth Music Hall is a great venue. It reminded me of the cavernous Concert Hall of old. Great venue which pits the East End versus the West End as the best area to see concerts in the city. Only unfortunate thing about the hall is their exit plan which pits a mass exodus of people versus the merchandise stand in a very small entry way.

Two opening bands opened up the show who were surprisingly welcomed by the audience. I felt they didn't fit the bill at all and my attention easily drifted to people watching. The crowd was definately a mix of everyone given the Stranglers have been going since around 1977.

The Stranglers hit the stage around 10 and played a nice two hour set of 22 songs spanning across their whole career. Here was the setlist: